My brother and nieces live in Houston. My parents and I took a trip to see them in March. I arrived and settled in on Friday.

Saturday was a rainy day. We got a late start to the day, we headed out for lunch around 12:30. My brother took us to eatsie boys at 4100 Montrose. This restaurant started as a food truck. http://eatsieboys.com/ 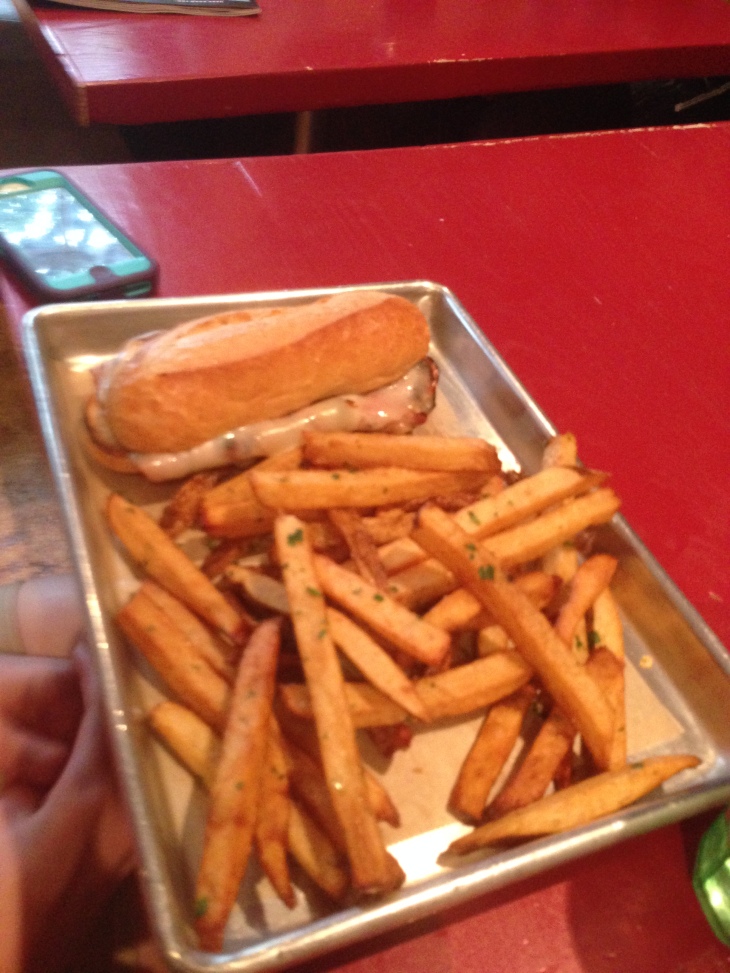 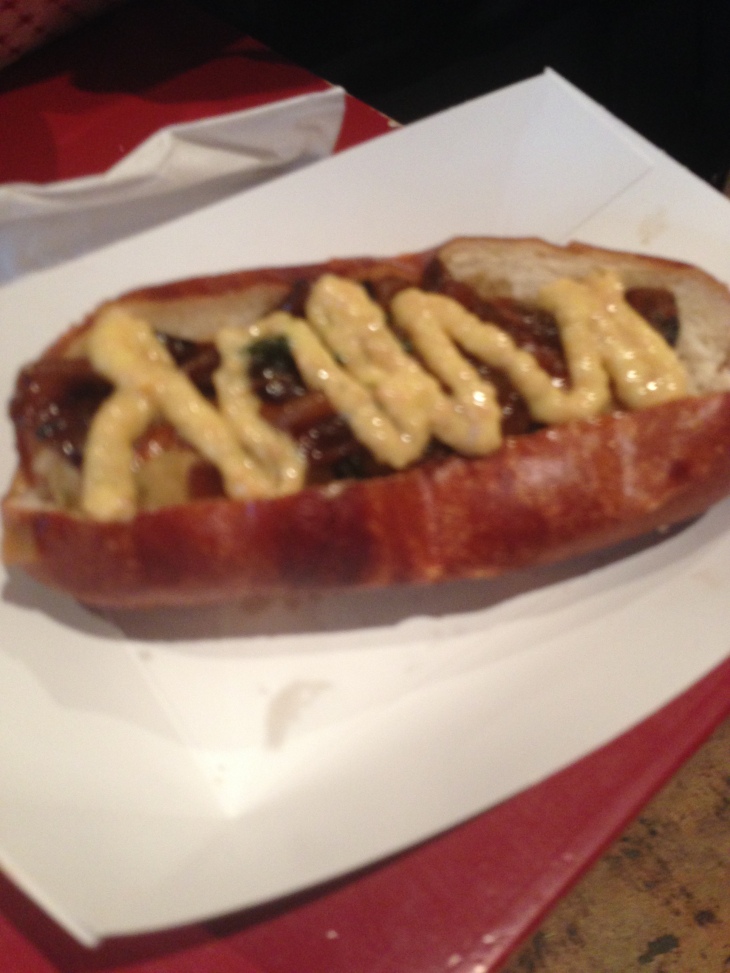 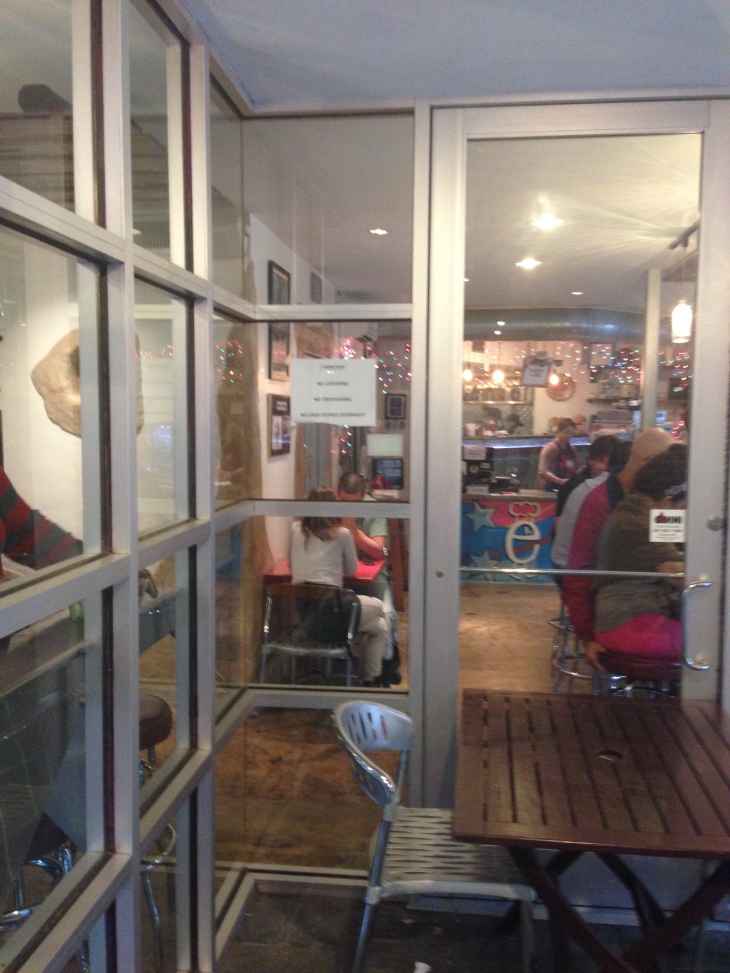 Eatsie Boys Cafe is a casual, counter service eatery in Mmmontrose dishin’ out only the freshest eats. Enjoy breakfast, sandwiches, salads, premium coffee, frozen awesome, Sunday “Trust Us” brunch and more! You can kick it on our patio with your pet and you can BYOB. That’s what’s up.

We had a delicious lunch including some frozen treats to finish it off. I had the spinach and quinoa salad topped with a fried egg. I have always wanted to try an egg on a salad but I was apprehensive about how it would taste. This was one of the best salads I’ve ever had. Also ordered: frank the pretzel, crispy kale salad, sabotage, and big shrimpin. For dessert we had rocky road ice cream plus an ice cream drink combo with donut flavored ice cream in a cup of coffee. Yum!

After lunch we did some grocery shopping and kid pick up. Later in the afternoon I was introduced to Dr. Who. The first episode was funny and creepy. I will definitely watch more on Netflix.

We settled in to a game of Dungeons and Dragons after Dr. Who. I had never played before so I needed a tutorial. My brother and nieces started to create their own characters but the rest of us played with pre designed characters. My character was a control wizard I named Iridian. I received a stats sheet about my character and my skills. This sheet is used during the game. My brother was the dungeon master in charge of walking us through our adventure. He roles dice that determine outcomes in the game. To say that is game is complicated is an understatement. Here is a link with more information: http://www.wizards.com/dnd/. I had fun and I think this is a great activity for a family night without any use of electronic devices. You use your creativity and your skills info.

I’ve seen the guys on The Big Bang Theory play. Here is a youtube clip: https://www.youtube.com/watch?v=bQtktQPn3LM