One of the books I recently read was The Art Forger. I had two outings related to this book. One Sunday I finally visited The Isabella Stewart Gardner Museum and a few weeks later I was able to attend a book signing and author talk by B.A. Shapiro.

The Art Forger was a great read, there were many times when I couldn’t put the book down. I had to know what was going to happen next! The book has several stories that are pulled together throughout the book. Most of the book is fiction but inspired by actual events. The author is a fan of Isabella Stewart Garner’s life story and always wanted to write about her. She is also interested in the Boston art scene and wanted to include that in the book. Every story she tells is interesting. She writes about Isabella, the art heist, art forgery, and the Boston art scene. 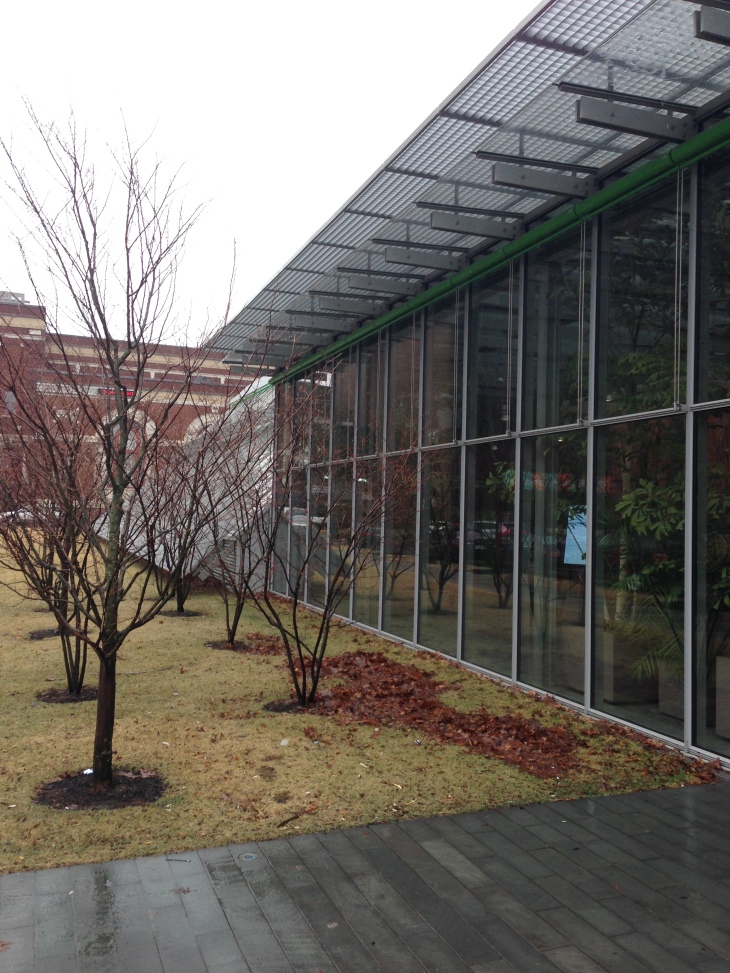 The museum which bears her name also stands as a testament to her vision. Isabella Stewart Gardner, known also as “Mrs. Jack” in reference to her husband, John L. (“Jack”) Gardner, was one of the foremost female patrons of the arts. She was a patron and friend of leading artists and writers of her time, including John Singer Sargent, James McNeill Whistler, and Henry James. She was a supporter of community social services and cultural enrichment. She was an ardent fan of the Boston Symphony, the Red Sox, and Harvard College football. Isabella Stewart Gardner was also the visionary creator of what remains one of the most remarkable and intimate collections of art in the world today and a dynamic supporter of artists of her time, encouraging music, literature, dance, and creative thinking across artistic disciplines.

Over three decades, Isabella Stewart Gardner traveled the world and worked with important art patrons and advisors Bernard Berenson and Okakura Kakuzo to amass a remarkable collection of master and decorative arts. In 1903, she completed the construction of Fenway Court in Boston to house her collection and provide a vital place for Americans to access and enjoy important works of art. Isabella Gardner installed her collection of works in a way to evoke intimate responses to the art, mixing paintings, furniture, textiles, and objects from different cultures and periods among well-known European paintings and sculpture.

In 1919, Isabella Stewart Gardner suffered the first of a series of strokes and died five years later, on July 17, 1924. Her will created an endowment of $1 million and outlined stipulations for the support of the museum, including that the permanent collection not be significantly altered.

I didn’t take many pictures because you are not allowed to take pictures in the older part of the museum.

This was my first book signing event and I truly enjoyed B.A. Shapiro’s talk. As a blogger, I often dream of possibly writing a book. It was very interesting to hear about her writing process as well as how many times she tried to get this book published. 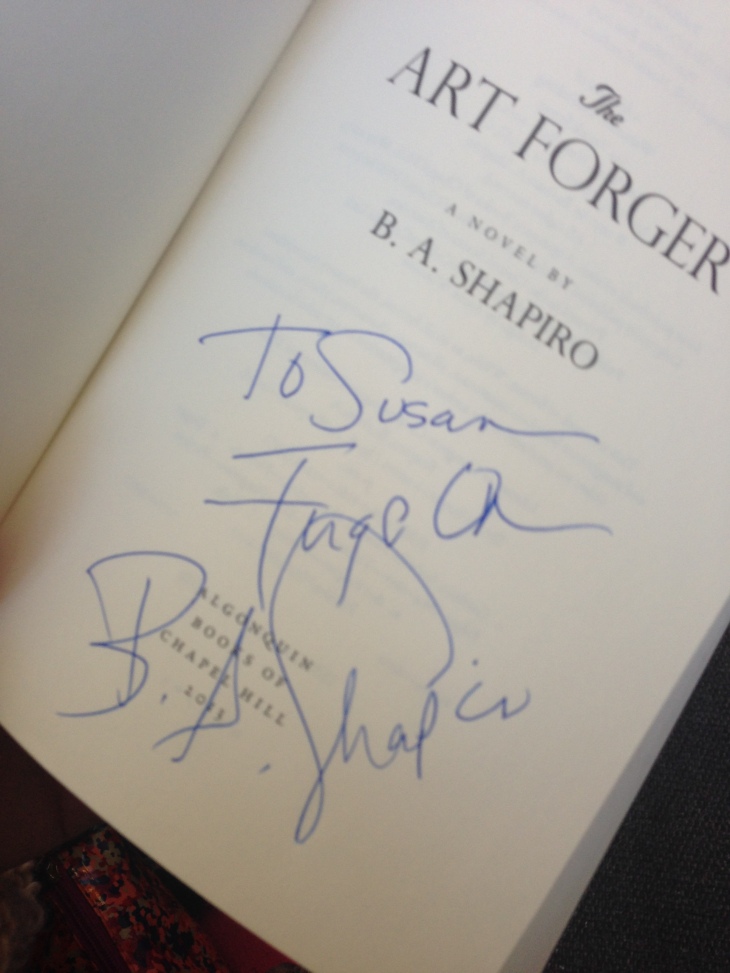 Check out this book and if you live in Boston or visit the city, you should check out the Isabella Stewart Garner Museum.

One more note on the topic: Comedy Central introduced a show last year called Drunk History. Drunk people talk about historical events and it is very interesting as well as entertaining. My favorite season one episode took place in Boston. The stories included one about the art heist at the museum.