Boston magazine sent me an email about another great Saturday street style adventure! One of the five reasons to leave the house this weekend was to go on a Watson Adventures scavenger hunt. So I recruited my friends Jason and Derek to join me in this challenge. 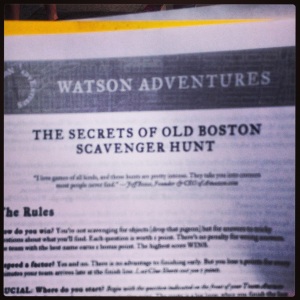 Watson Adventures sprang from the mind of Bret Watson, a veteran writer and editor (and occasional stand-up comedian), who started creating scavenger hunts in the early ’90s for friends as a way to share his unique take on the lighter side of museums. As word of the unusual scavenger hunts spread, companies began to ask Bret to let them get in the game, and a business was born.

Since then, Watson Adventures has grown to span the nation, with more than 200,000 people participating in hunts, including employees of more than 1,000 prestigious corporations. All the while, Watson Adventures’ scavenger hunts have received more media raves and other acclaim than any other company of its kind.

There are outdoor and indoor hunts in many cities in the United States including New York, Chicago, Philadelphia, Washington DC, San Francisco, and Austin. You can sign up for corporate events, private group events, or public events. The indoor events include murder mysteries and take place in well known museums.

We participated in the secrets of old Boston scavenger hunt along the Freedom Trail. http://www.watsonadventures.com/public/event/the-secrets-of-old-boston-scavenger-hunt/

The weather was perfect; we met our friendly organizer Matt in front of the Samuel Adams statue near Faneuil Hall. There were a few other groups, we all listened to Matt’s instructions and heading out on our hunt.

Sam Adams statue: FYI Jason informed us that Sam Adam’s head is actually on Paul Revere’s body because Sam Adams was too portly.

Derek is wearing a Sonoma shirt and Lee shorts

Jason is wearing a Rewire shirt and Old Navy shorts

I’m wearing a Truly, Madly, Deeply shirt from Urban Outfitters, Kut for life shorts from Nordstrom Rack, and Converse shoes from DSW with my MARC by Marc Jacobs crossbody bag.

Matt the organizer in the maroon hat

Our hunt started at 4:15 and lasted two hours. This was a fun adventure that took us all around the freedom trail. There were some challenging questions that took us some time to find the answers but we managed to answer all of them before our time was up.

Here are some of the places we visited on our hunt: 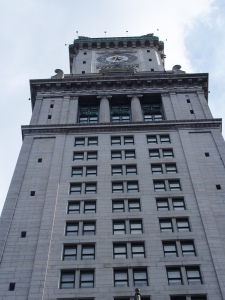 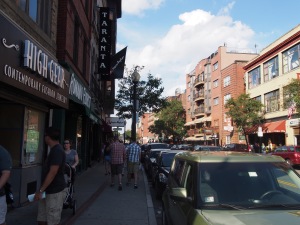 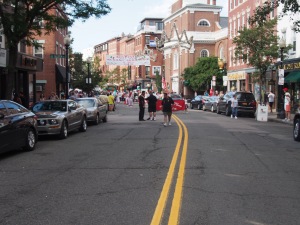 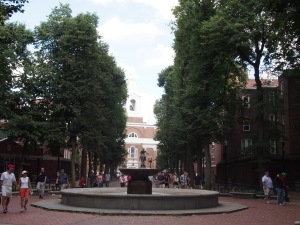 We met at the same place that we started. Matt checked our answers and my group, not so elementary, came in first place.  I would definitely recommend this hunt and I’m looking forward to using my prize, a gift certificate to another hunt. I think the one in Salem might be fun. (I will bring a clipboard for the next one.)

After the hunt, we celebrated our win over dinner and drinks at Granary Tavern on the Greenway (at the end of Milk St). I thought we should stick with the history theme by dining in a building built in 1816. There is a patio as well as al fresco style windows. We dined on chips as an appetizer, chicken and waffles, veggie soup and chicken tenders, and artichoke flat bread. I drank a martini and a glass of my favorite La Crema chardonnay. Jason and Derek drank beer; I tried Jason’s banana bread beer and was pleasantly surprised by the taste. 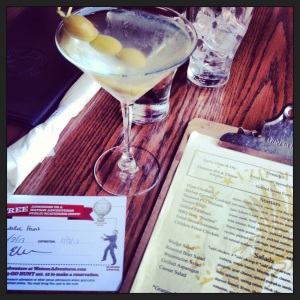 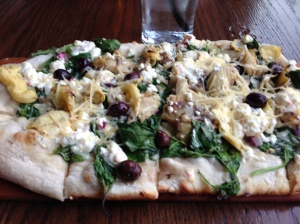 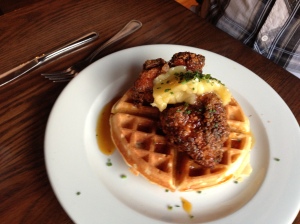 flat bread and chicken and waffles 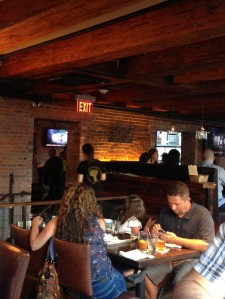 The Granary provides an Etch a Sketch for kids (or adults) to play with during dinner.