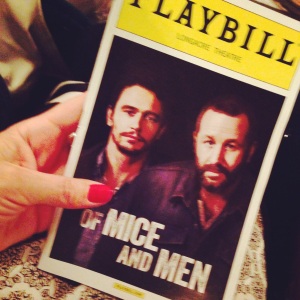 Living in Boston, I can visit New York fairly easily. It is a four to five-hour car trip or train ride. For this particular road trip I drove and listened to Andy Cohen’s book on CD from the Boston Public library. I strongly recommend this book, Andy had me laughing a lot as he read his stories.

I have family in New Jersey so I often visit my family and New York City. I love visiting NYC, I always have fun. This particular Saturday visits is one of my favorites.

I made plans with my theater club group (created on this Saturday) to see two plays in one day. We bought tickets for Of Mice and Men and Heathers. Before the first show we had a nice lunch at a restaurant down the street.

James Franco and Chris O’Dowd were just two of the big names associated with Of Mice and Men. I think I read the book back in high school, I knew it was going to be a sad story but I forgot a lot of the details. This was a fantastic show, I was extremely impressed by all of the performances, especially James Franco and Chris O’Dowd. James Franco was George and Chris O’Dowd was his not quite with it friend Lenny. I’m a big fan of musicals but sometimes I see a different kind of play that highlights quality acting. Of Mice and Men is one of those plays. Leighton Meester was also good as Curley’s wife. 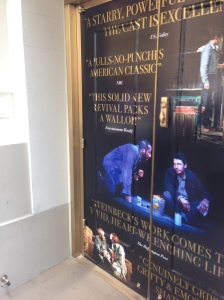 After the show my cousin and I lined up with the crowd hoping to get some autographs. Most actors will sign your Playbill after a show. The crowd was quite large because most (young) people were waiting for James Franco to come out. As we were waiting, some staff members managing the crowd said to turn around and get ready to take a selfie with James. They said James Franco will walk right into your shot. Alyssa and I waited in the appropriate position, James came by, signed my Playbill, and walked into this shot with my cousin and I. We couldn’t believe it! 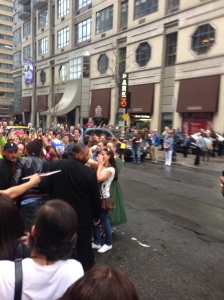 We had time between shows so we ate at Brickyard. I had a delicious cheese burger and a glass of wine. I found this restaurant on Open Table and was pleasantly surprised with the food and ambiance. 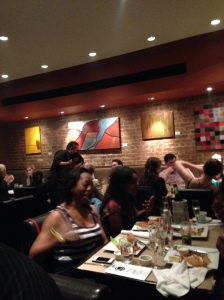 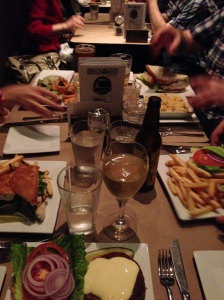 Our second show was Heathers, an off-Broadway musical. The theater was located in a large building with a small front entrance but the inside of the building was spacious and we walked down several levels to get to the theater. Before the show when we were hanging out we saw another famous actor. We saw Lea DeLaria “Big Boo” from Orange is the New Black. I can get a little flustered around celebrities but I managed to say hello to her, compliment her on her performance, and ask for a picture. She was very nice and agreed to pose with us. 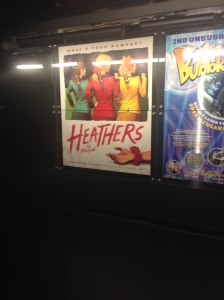 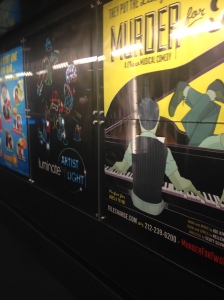 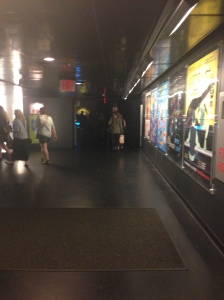 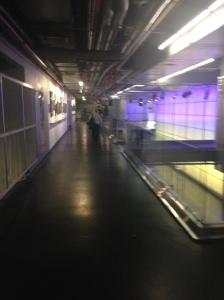 After our celebrity encounter I bought a glass of bubbly and we ventured to our seats. We had great seats, we were really close to the stage. We were not allowed to take pictures in this theater. I wasn’t sure what to expect when we purchased these tickets. I love the movie Heathers, I’ve seen it many times. Christian Slater is one of my celebrity crushes. I wondered how they can make this dark comedy into a musical. Well, I was pleasantly surprised by the show. I loved the cheesy 80s costumes, and the actors who played Veronica, Heather, Heather, Heather, and JD did a great job embracing the traits of the characters in the movie. The story was slightly adjusted but quite enjoyable. The musical numbers were my favorite, including I love my dead gay son. 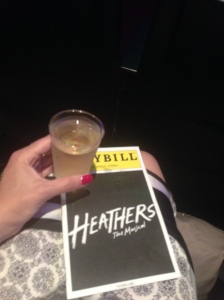 After the show we had cocktails at The Palm, a short walk from the theater. I spotted one more celebrity, drawn on the wall!

My Tweets
Follow Lifestyle of a Fashionista on WordPress.com